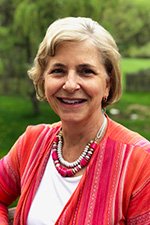 The Aylett R. Cox ALTA Educator Award is given to an educator who has made a significant impact in the lives of individuals with dyslexia. This year’s recipient, Kathleen Carlsen, is an educator and dyslexia advocate who is dedicated to her students and their success. It is with a great deal of pleasure and honor that we present this year’s Aylett R. Cox ALTA Educator Award to Kathleen Carlsen.

Kathleen received her Master’s in Education from Arizona State University and her Bachelor of Arts in Environmental Health from California State University, Fresno. She worked in public schools for eleven years. Kathleen began her dyslexia therapy training at Texas Scottish Rite Hospital for Children (TSRH) in 1998.

Kathleen received her Academic Language Therapy Certification in 2000 after which she worked in the TSRH Dyslexia Lab. She was the Dyslexia Lab Coordinator from 2000 to 2006 and completed her Qualified Instructor training in 2005. She feels blessed to have worked with such a knowledgeable medical, diagnostic, and education staff.

Kathleen moved to the Philadelphia area in 2006 and became the Director of the Children’s Dyslexia Center of Philadelphia. She was hired as the director to open this new center because of a connection through ALTA. The Center received the 2015 Janet Hoope’s Award from the Pennsylvania Branch of the International Dyslexia Association along with the other Pennsylvania Children’s Dyslexia Centers.

In 2016, Kathleen became the Associate Clinical Director of the Children’s Dyslexia Centers. This non-profit has 42 centers across 13 states and has helped over 13,000 children and certified 3,500 in their courses.

Regarding ALTA, Kathleen states, “I love ALTA because it allows me to collaborate with like-minded colleagues. As I moved to different states, my connection to other ALTA members helped me find a way to continue helping children with dyslexia. ALTA’s high standards for its certified members makes it an exceptional resource for families searching for someone to help their dyslexic child.”

Kathleen has been married to her best friend and sweetheart, Steve Carlsen, for 42 years. She has three children and five grandchildren. She is excited her daughter is expecting twin girls in June.

It is with a great deal of pleasure and honor that we present this year’s Aylett R. Cox ALTA Educator Award to Kathleen Carlsen.